Inspired by the excellent TrowelBlazers, on this International Women’s Day, we at WallCAP want to highlight an overlooked Hadrian’s Wall archaeologist, Brenda Swinbank (married name Heywood). Brenda was one of the first female professional archaeologists in Britain and only the third British Woman to be awarded a PhD in the archaeology of Britain. Suzanne Heywood, Brenda’s daughter-in-law, wrote an engaging memoir of Brenda’s life in 2017 – you can purchase a copy here – below is a summary of her work at Hadrian’s Wall and archaeology in general. 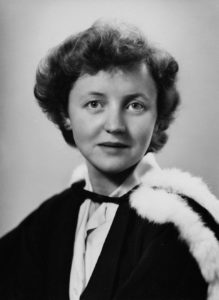 Brenda was born in West Yorkshire in 1929, took an early interest in the past and, in 1946, went to Durham University to study Modern History. At Durham, Brenda choose Romano-British Archaeology as her specialist subject and was tutored by the archaeologist Eric Birley. This was the start of a long and distinguished career in Archaeology that saw Brenda undertake research on Roman sites across Britain. Involved in the excavation of many of the famous sites along Hadrian’s Wall including Corbridge Roman Town, the forts at Housesteads and Carrawburgh, as well as the Temple of Mithras, Brenda was an “competent excavator and field archaeologist”, as noted by Birley. Brenda has held a number of teaching roles in schools across the North, a lectureship in Archaeology at the University of South Wales and Monmouthshire (where she undertook excavations on Roman forts at Penydarren and Neath Grammar School) and a Research position at the University of York. Here, with Derek Phillips she undertook the post-excavation analysis of the excavations at York Minster and co-wrote two volumes based on the results. In 1958 Brenda was elected a Fellow of the Society of Antiquaries in London. 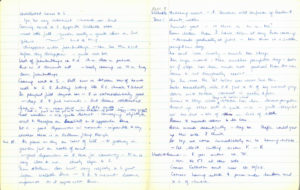 Brenda’s key work along Hadrian’s Wall focused on better understanding the Vallum. Originating as the theme in her undergraduate dissertation, the Vallum became the topic of her doctoral research leading her to undertake a systematic survey of the entire 76 miles of the earthwork in 1949. Brenda travelled the entire length, on foot, by bicycle and by negotiated transport, noting the surviving features along the way. David Breeze was kind enough to pass along Brenda’s original notebook from the Vallum survey, which the WallCAP project has scanned for preseveration and passed onto the Great North Museum. Lynn Bridgett, a volunteer for the project, kindly transcribed sections of the notebook.

Brenda led a number of excavations along the Vallum during her PhD, particularly examining where causeways crossed the earthwork. Brenda’s doctoral thesis ‘The Vallum Reconsidered’, was completed in 1954, is available to download from the Durham University website. Brenda’s research, published as several articles with David Breeze in the 2000s, changed the way archaeologists think about the Vallum as a monumental defensive earthwork that formed part of the Hadrian’s Wall Frontier. 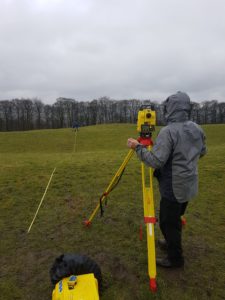 WallCAP used Brenda’s notes and earlier research to plan and undertaken our pilot project work along a section of the Vallum at Heddon-on-the-Wall, Northumberland. For some information on what we did see the Heddon-on-the Wall Local History Society blog here. Watch this space for news about the project returning to Heddon to undertake more survey in the coming months.

This is the inaugural post of the WallCAP blog, which we hope over the next 3 years will host a range of interesting articles on Women along Hadrian’s Wall and other topics. If you’d like to write an article for the blog, about any topic related to Hadrian’s Wall then please get in touch.