The deadline for tender applications is 12pm on Friday 17 June 2022. Full details, with examples of the types of illustrations that will be required, can be found in the tender documentation, which can be downloaded here. 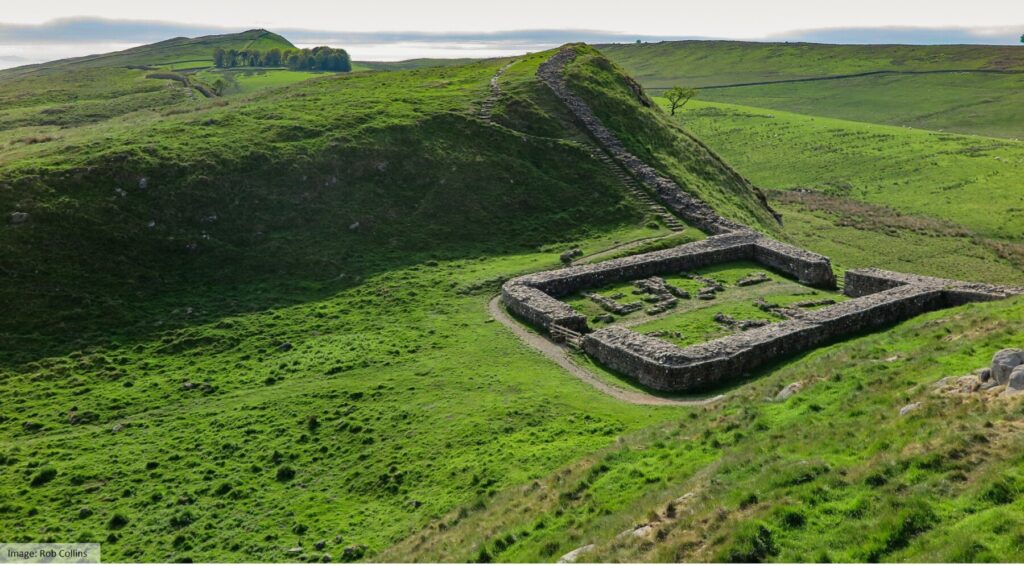 WallCAP is pleased to accept tenders from individuals or teams to develop, implement, and publish a Village Atlas for Hadrian’s Wall, to be complete by 1 Sept 2022. The Village Atlas should follow generally established methods and formats, focussing on six historic villages and townships located along the length of Hadrian’s Wall. The aim is to enhance interpretation and appreciation of the long-term history of these settlements to achieve a better understanding of the landscape for local communities and visitors. The appointed individual or team will work in conjunction with WallCAP staff.

The deadline for tender applications is 12pm on Monday 10 January 2022. Full details and instructions can be downloaded here.

Seven Roman altars at Newcastle University’s Great North Museum: Hancock have been transformed in vivid hues thanks to an innovative creative project called Roman Britain in Colour. The display is a collaboration between the Museum and Hadrian’s Wall Community Archaeology Project (WallCAP), working alongside creative studio NOVAK.

The seven altars feature animated videos projected directly onto the stone surface, giving visitors a sense of how colourful they were when made around 1900 years ago.

The animations also offer artistic interpretations of the altars and the gods associated with them. For instance, the altar to Neptune, Roman god of freshwaters and rivers, was found in the River Tyne. It depicts a blue underwater scene filled with fish.

The altar to Oceanus, god of the sea, is animated with seaweed, starfish and a crab, whereas the altar to Fortuna drips with bright crimson, perhaps suggesting a ritual using wine or the blood of a sacrificed animal.

Other altars with new animations are dedicated to Jupiter, supreme deity of the Roman pantheon, Minerva, goddess of wisdom and strategic warfare, and Antenociticus, a native British god only found at Condercum Roman Fort – present-day Benwell in the west end of Newcastle.

“Roman altars are a great source for understanding the culture of the Roman Empire, but they can seem boring and uninteresting for people that do not know how to ‘read’ them.

“Working with NOVAK and the Great North Museum: Hancock, the altars come alive and invite you to look more closely at the artistry and information that they hold.”

“We’re used to the look of sandstone altars and reliefs in museums but we forget that they were originally painted in bright colours. The paint has been lost over the centuries but researchers have found trace amounts of pigment using ultraviolet light and x-rays.

“These new projected animations really make the altars stand out and add greatly to the Hadrian’s Wall gallery in the museum. The team at NOVAK have done a fantastic job in creating the artwork and mapping the projections precisely onto the stones.”

Anyone interested in volunteering for the WallCAP project can register at wallcap.ncl.ac.uk. Volunteers receive regular updates to alert them of forthcoming opportunities and events to investigate and protect the Wall.

The Roman Britain in Colour display can be found in the Hadrian’s Wall gallery at the Great North Museum: Hancock. The Museum is open daily with free entry, although donations are welcomed. Visitors can plan a trip at greatnorthmuseum.org.uk.

WallCAP, in partnership with the Great North Museum – Hancock, is pleased to accept tenders on the development, design and installation of digital projection-mapped interpretation in the Hadrian’s Wall…

WallCAP, in partnership with The Sill at Northumberland National Park, is pleased to accept tenders on the conceptualisation, design, and installation of a temporary exhibition at The Sill for…

WallCAP is seeking to appoint a person or company to develop an app to support work on the Stone Sourcing and Dispersal (SSD) strand of the project. Further details…

WallCAP invites tenders from an individual or team for the external evaluation of this National Lottery Heritage Funded project. A full specification can be found here.