The Frontiers of the Roman Empire (FRE) ran through Europe, the Middle East, and North Africa and boast some of the most iconic archaeology of the Roman period. Each Friday through November 2021, expert speakers for each frontier shared the archaeology and history with us. Each session lasted approximately 2 hours and feature 3 speakers, each of whom is an expert on the topic. These sessions were all recorded and are available for you to watch below. 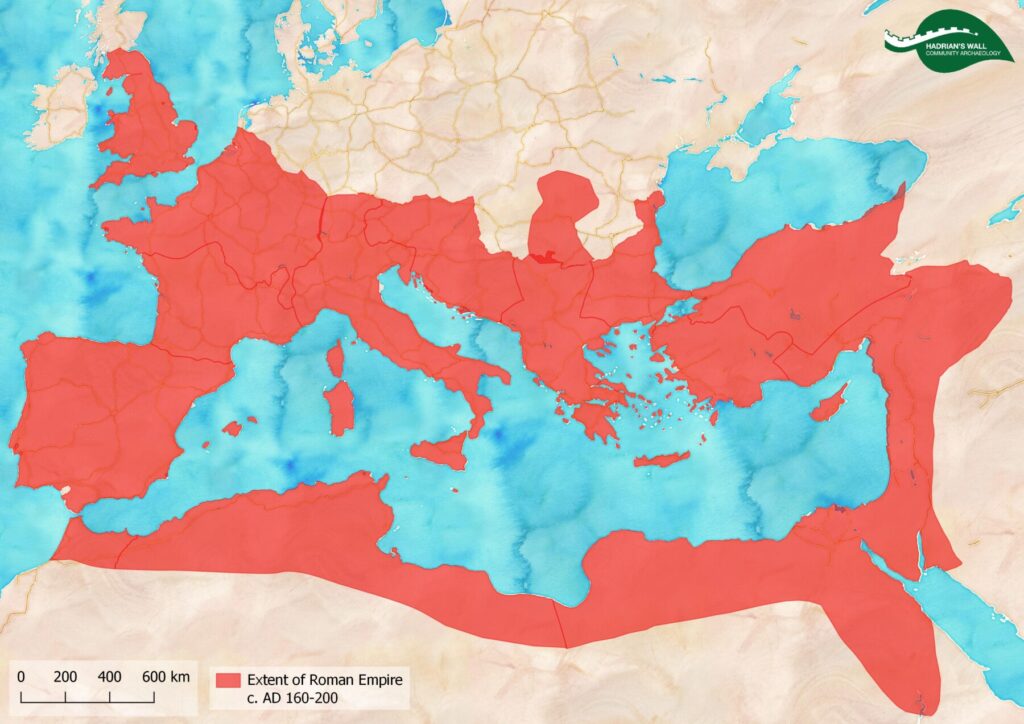 Our first FRE Friday explored the Roman frontiers of Britain, with:

Title: Frontier fluctuations in Britain from Claudius to Severus

This brief presentation seeks to contextualise the Roman conquest and military control of Britain in relation to imperial politics and events elsewhere in the Empire over the period from the mid-1st century to the early-3rd century AD.  It tries to look beyond purely local issues to see what broader factors may have influenced fluctuations in the zone of occupation.

Title: The Roman Frontiers in Wales

The militarised frontiers in Wales are unique in the Roman Empire. Unlike the well-known defensive linear boundaries such as Hadrian’s Wall and the Antonine Wall in northern Britain, or along the Rhine and Danube rivers connecting the North and Black Seas, the forts and fortresses in western Britain formed a dynamic, and relatively short-lived, offensive frontier designed to deal with the Celtic tribes living there. Whereas later frontiers elsewhere were static barriers demarcating the limits of Roman imperial authority, the frontier in Wales was a fortified zone that adapted to the changing military situation as Rome’s generals fought against, defeated and pacified the hostile Britons in the 1st and early 2nd centuries.

The ‘Saxon’ Shore Forts of the 3rd-4th century have captured the imagination of Roman archaeologists for centuries. Now in the 21st century, through the use of modern analytical techniques in archaeology and decades of Romano-British studies since their excavation, a new narrative for the forts is beginning to emerge.

The second FRE Friday moved to the Rhine with:

Title: A very short summary of the Roman presence in Germania inferior from Caesar to the end of the third century

Germania inferior is the name of a Roman province on the north-western borders of the Empire. It was created in circa 85 AD, together with the neighbouring province Germania superior. Both are situated in a zone where in pre-Roman times Celtic and Germanic influences converged.

At times it was home to 4 of the 30 legions in the Empire, which with the same number in Germania superior, was the strongest concentration of forces anywhere. Especially if we realise that the number of auxiliaries equalled the number of legionary soldiers.

What we will do is present you a very brief overview on the how and why and where of the Roman military installations, the civilian development, the people on both sides of the Limes, some recent discoveries and some other interesting stuff.

Title: Every End is a Beginning – Limes and Ripa in the Middle Rhine Valley

In Roman times, the Vinxtbach / Ad Fines formed the border between the two provinces of Germania Inferior and Germania Superior. Located at the foothills of the Rhenish Massif, it is also the beginning/end of the 400 km long Lower German Limes and, on the opposite bank, the beginning/end of the 550 km long Upper German-Raetian Limes, which in turn formed the border between the Roman Empire and Germania Magna.

The third FRE Friday took a cruise down the Danube, Europe’s largest river system with:

Title: “Behold, here is the Hungarian Pompeii!” – the story of Aquincum, the capital of Pannonia Inferior

Aquincum, the capital of Lower Pannonia has been the subject of archaeological research for more than 130 years now, unearthing the remains of the legionary fortress, the governor’s palace, quarters of the Military and Civil Towns, watchtowers, cemeteries and numerous villas. This paper will focus on these settlement parts introducing the most important and interesting buildings so far discovered, together with the most spectacular finds (including the famous water organ). It also seeks answers to the question of why this area – namely the Danube Bend and the zone of present-day Budapest – was so important part of the Pannonian limes. The paper will also deal with the Roman remains still visible in the modern cityscape showing how much the settlement structure of Budapest inherited from Roman times.

Title: Roman Dacia – The One beyond the River

Though Romans have successfully used rivers as effective frontier landmarks, there are nevertheless exceptions to that rule. Dacia is the only territory of the empire beyond the Rhine-Danube frontier of Europe.  This paper will introduce you to this unique land, its sites and its story.

Title: Nationalism and archaeology: Excavating Romania’s Roman past on the Lower Danube

What is it like to research the Romans in a country named ‘Romania’, where the Roman frontier on the lower Danube acts as a present-day border? How do narratives about the past, which we construct as archaeologists, classicists, and historians, impact on national identity-making today? On the margins of Empire in Antiquity and on the edge of Europe today, the Roman Lower Danube frontier is a region that inspires a number of questions revolving around our continued relationship to the past.

The final FRE Friday presented the Roman frontiers of the Middle East and North Africa, with:

Title: East is East and West is West and never the twain shall meet? The Roman Eastern Frontier

This talk presents the Egyptian frontiers and borders as they are understood through the Roman military presence and numerous fortifications located throughout the province. The resumé explores the nature of systems that were put in place, the roles of the military, and the changes that occurred over time, from the annexation in 30 BCE to late antiquity. The talk will also draw special attention to the Western Desert.

Title: The Forgotten Frontier? Africa at the end of the Roman Empire

This talk will introduce briefly the limits of Roman power in the African provinces, especially as it declined in the fourth, fifth, and sixth centuries. It explores quite why the empire never committed large numbers of troops to this region, and the delicate role of diplomatic connections in their absence. Particular attention will (probably) be paid to Corippus’ Iohannis: an extraordinary epic poem about the African frontier written in the sixth century (and which I’m currently working on!)